These disorders affect the main proteins that are responsible for the strength and integrity of all of our organs, vessels, skin and bones. They cause weakness in the blood vessels, particularly the arteries,  that can lead to vascular problems such as aneurysms, aortic, carotid coronary, visceral dissections, and spontanous ruptures.

Connective tissues are tissues throughout the body that support and bind cells together. Containing proteins such as collagen and elastin, connective tissues can be injured or inflamed as a result of inherited diseases, autoimmune diseases, and environmental exposure. Because connective tissue is located through the entire body, vascular connective tissue disorders can affect many parts of the body including the bones, eyes, skin, nervous system, and lungs. Vascular CT Diseases such as the four described below , affect the wall of the major arteries and aorta, and its weakening increases the risk of aortic aneurysm and dissection.

Connective tissues significantly affect the aorta because the aorta is exposed to high shear stress, or pressure from the constant flow of blood. The aorta is a very well designed pipe that must convert chaotic flow into an organized stream. Imagine people leaving a sporting event or a concert: there is initial chaos, but eventually lines form at the exit and we proceed out the door. In much the same manner, two sites of chaos exist in the aorta. The first is at the aortic root, where blood shoots out of the heart and must be “corralled” into an organized manner. This active changing of the chaotic energy to organized flow requires strength. If the strength layer of the aorta is dysfunctional, the stress my internally break the aorta (a type A Dissection). The second site of chaos is at the end of the aortic arch, where blood must loop around and head downwards to supply to the abdomen and legs. The turn that the blood makes in the aortic arch is also a very chaotic and energetic phenomena. Consequently, the aorta may tear at this juncture as well (a so-called type B Dissection).

Many patients do not know that they may have an inherited condition. Patients who receive treatment at the Aortic Surgery Center and are known or found to have a connective tissue disorder such as Marfan syndrome, Ehlers-Danlos, or amyloidosis , must be referred to the Division of Clinical vascular Genetics. Moreover, all patients who undergo aortic surgery must have samples sent to our pathology department. Any patient who exhibits evidence of connective tissue disruption or abnormal tissue consistency may also be referred for genetic testing upon further counsel. 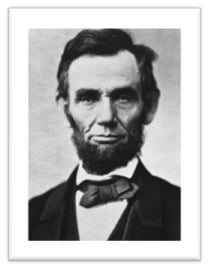 Many have speculated that Abraham Lincoln had Marfan syndrome because of his height, his stooped posture, his long limbs, and certain other aspects of his appearance.

Marfan syndrome is a genetic disorder that causes abnormal development of fibrillin, which is a component of the connective tissue. Although the disease may range from mild to severe, many patients with Marfan syndrome are very tall, thin, long-limbed, and loose-jointed. The most serious risks associated with the disease occur in the heart and aorta: weakness of the connective tissues puts patients with Marfan syndrome at risk for aortic aneurysm, heart valve disease, and aortic dissection. The reason is that there is a structural weakness in the wall of the aorta. The fibrillin helps maintain the integrity of the aorta, when it is exposed to high pressure. Its absence allows for aneurysms to develop and dissections to occur at early ages. It is important to realize that any change in size of an aortic root aneurysm in a patient with Marfan syndrome is an indication to meet with an aortic specialist. When surgery is indicated, often the operation can be performed as a valve-sparing procedure, with excellent long-term results.

Loeys- Dietz syndrome (LDS) is another genetic disorder that shares similarities with Marfan syndrome. It affects proteins called transforming growth factor beta receptor 1 and 2, which are also part of the connective tissue found throughout the body. Some features of LDS overlap with Marfan syndrome, including aortic aneurysm or dissection, leakage of the mitral valve, loose flexible joints, and others. Other features of LDS are unique, such as arteries that twist and wind, aneurysms in arteries other than the aorta, widely spaced eyes, cleft palate, wide or split uvula, heart defects including atrial septal defect, bicuspid aortic valve, and many other features. These patients have very unstable aortic tissue and should have a surgical evaluation as soon as the diagnosis of Loeys-Dietz is made.

Many have speculated that Abraham Lincoln had Marfan syndrome because of his height, his stooped posture, his long limbs, and certain other aspects of his appearance.

Bicuspid aortic valve is an abnormal formation of the aortic valve. Approximately two percent of the population has a bicuspid valve. Often patients will have an awareness of its presence, as they were found to have a murmur during a routine physical examination. Bicuspid valves tend to wear out sooner than trilealfet valves, as blood passes through the leaflets with more turbulence. These valves also have a tendency to leak earlier than trileaflet valves. In about half of patients with bicuspid valve disease, an aortic root aneurysm begins to develop by age 30. The rate of growth is variable, but by age 30-50, many patients have developed an aneurysm of significant size. In these patients, the aneurysm develops not because of the valve, but because of a genetic defect in the ascending aorta. Any procedure to address the valve must also address the aortic aneurysm.

Ehlers-Danlos Syndromes are a group of genetic disorders that share features such as easy bruising, loose and flexible joints, fragile skin, and weakened connective tissues. Among the subgoups of the syndrome is the vascular type, which is characterized by rupture of the arteries and bowel, clubfoot, and other manifestations. Other types of Ehlers-Danlos syndromes include those marked by hypermobility of the joints, skin laxity, fragile globe of the eyes, spine curvature, and other features. People with Ehlers-Danlos syndrome are at risk for aortic aneurysm because of weakening in the wall of the aorta.

In familial TAAD, the aorta can become weakened and stretched leading to an  Aortic dilatation, that  may lead to a sudden tearing of the layers in the aorta wall and aortic dissection allowing blood to flow abnormally between the layers. These aortic abnormalities are potentially life-threatening because they can decrease blood flow to other parts of the body such as the brain or other vital organs, or cause the aorta to break open and rupture.

Familial TAAD may not be associated with other signs and symptoms. However, some individuals in affected families show mild features of related conditions as Marfans syndrome, or Loeys-Diestz syndrome.  Occasionally, people with familial TAAD develop aneurysms in the brain or in the section of the aorta located in the abdominal aorta.   Depending on the genetic cause of familial TAAD in particular families, they may have an increased risk of developing blockages in smaller arteries, which can lead to heart attack and stroke.

The risk of significant vascular problems varies by each disorder, by vascular health factors such as smoking, hyper-homocysteniamia and your genetics.

If you are diagnosed with a VCTD, you may need ongoing monitoring to head off or treat any possible vascular problems. Many patients with a VCTD have no symptoms until their 20s or 30s.

They are associated with characteristic facial, skeletal, eye and skin features.

Chest pain is often the first sign of an underlying vascular CTD.

Easy Bruising with an Orthopaedic issues at a Very Young age

Easy bruising, hyper-flexibility, and orthopaedic issues in a very young child may signal an elevated risk for  vascular CTD.

All vascular CTDs are caused by specific genetic mutations that adversely affect the main building blocks of the human body: fibrillin, collagen, and elastin protein molecules.

If you experience any of the symptoms above, see a vascular surgeon who has training in genetic medicine for an evaluation.

The Role of Clinical genetic testing in estabilshimg a diagnosis remains limited because more than 500 mutations have been found and 90% of the mutations are unique within a pedigree.

Treatment options depend on the specific type of CTD and associated vascular problems.Target of resting pulse rate must be below 60 and blood pressure of 120/80 must be achieved. We recommed Celiprolol 200 mg twice daily.